BNP2TKI or the National Labor Placement and Protection Agency is a non ministerial agency in Indonesian Government which has the function of implementation the policy in the field of placement and protection of Indonesian Labors (TKI) abroad in a coordinated and integrated. BNP2TKI was formed in 2006 based on the Presidential Decree No 81 of 2006. The Agency is based in Jakarta and headquartered in Jl MT Haryono Kav 52, Pancoran, Jakarta Selatan 12770. Since 11 January 2007, the Agency was lead by Muhammad Jumhur Hidayat as a Head of BNP2TKI based on the Presidential Decree No 02 of 2007. In performing his tasks, Head of BNP2TKI is assisted by 3 deputies, namely Deputy Foreign Cooperation and Promotion, Deputy Placement, and Deputy Protection. Badan Nasional Penempatan dan Perlindungan Tenaga Kerja Indonesia open the opportunity for the best Indonesian Citizen who have high integrity and commitment to be a candidate for Civil Servants (CPNS) as: 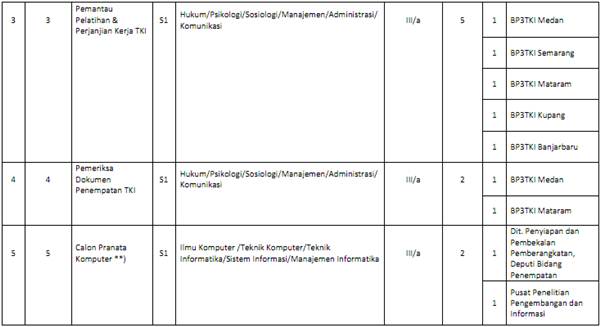 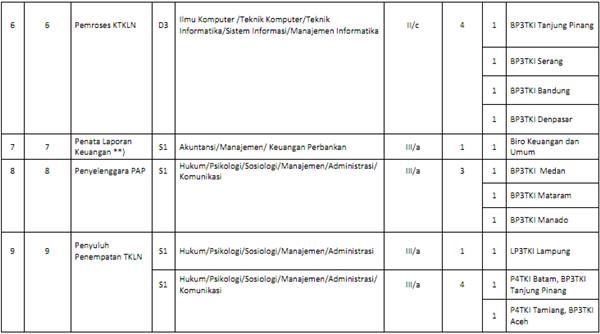 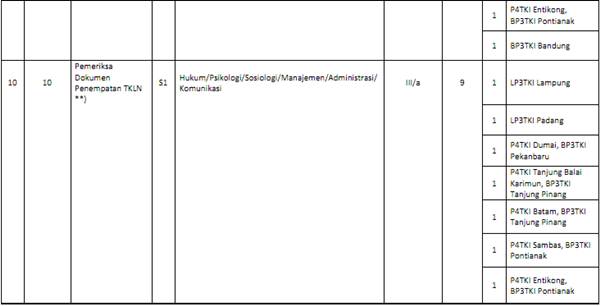 For detailed information about CPNS BNP2TKI requirements and how to apply in each positions above, please refer apply from BNP2TKI on following link below. Registration by online not later than 19 September 2013 through http://sscn.bkn.go.id. All applications are appreciated and will be treated confidentially.
Apply