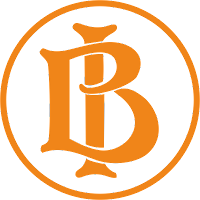 Bank Indonesia was founded on 1 July 1953 from the nationalization of De Javasche Bank (Bank of Java), a Dutch bank dating from colonial times which regulated and issued the Netherlands Indies gulden. For the next 15 years, the Bank of Indonesia carried on commercial activities as well as acting as the nation’s bank.

This came to an end with the Law No.13/1968 on the Central Bank, which was subsequently replaced by Law No.23/1999, giving the bank independence. Thereafter, the bank reported to the parliament (People's Representative Council) instead of the president, and the bank’s governor was no longer a member of the cabinet.

Bank Indonesia are now seeking to recruit high caliber and dynamic Indonesian young people for the following challenging positions as :

Seleksi Penerimaan Calon Pegawai Setingkat Pegawai Tata Usaha
General Requirements
For detailed information about this program, please refer apply following link below. If you match the profile and are interested in this exiting career opportunity, please submit your applications not later than 14 June 2013 through Online Registration Bank Indonesia. All applications are appreciated and will be treated confidentially.
Apply